As we enter the holiday season, these two coupon websites might help with your holiday shopping.

1. Groupon - Get daily local deals delivered to your inbox. Coupons include half price dinners at Boston area restaurants, dry cleaning discounts and tickets to local sporting events. They also have a smartphone app you can download to your phone.

Happy Thanksgiving!
1. Freerice.com - Test your vocabulary and help fight hunger. For every question you get right, rice is donated to people in need. FreeRice is a non-profit website run by the United Nations World Food Program.

2. EarthCam - Times Square - If you can't be in New York City for the Macy's Day Parade you can watch it live online via EarthCam. EarthCam shows live video streams from cameras all over the world. 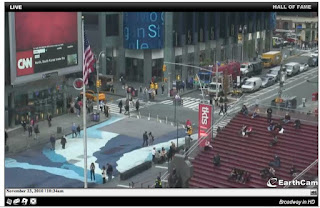 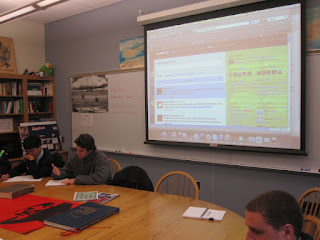 Last week I introduced Twitter to 12 high school seniors (I work in a boys school) in my Digital Journalism class. None of them had used Twitter before. They knew of it, but did not have accounts. Facebook is their go-to social network, but they were interested in learning more about a tool that they had heard so much about. They had the classic response to Twitter - "Why would anyone want to know what I had for breakfast?" and they were surprised to discover that there is much more to Twitter than they knew about.

I showed them the basics, how to find followers, what it means when someone follows you. They learned about the Iran Election, Moldova and Mumbai and we discussed the differences between Facebook and Twitter. They wrote about their reactions. Here is a little bit of what some of them had to say.

"Twitter is a great resource that I intend on making full use of when I’m older, but until then, for me, Twitter will be used only for educational purposes while Facebook dominates as my main means of social media." - Colin E.

"There are also many more things you can do with Facebook that you just can not do with Twitter that involve more personal or direct contact." - Jack

"I do not think Twitter is relevant to people in our age group. From what I have seen, the people on Twitter are either teachers, celebrities, business corporations, or endorsers. I could hardly find people within my age group on Twitter, and I feel a that is a big factor for teenagers." - Agazi


"For now, I will stick to Facebook since my amount of followers is so small and I have nothing interesting to Tweet. However, one day as I hope to own my own company, Twitter may be the tool to spread my new products or works across the globe." -Kevin

Overall, they could see the value of Twitter for others, for the world and for them in the future. But they were in agreement that right now in their lives Facebook does everything Twitter does and more. I wonder if I had girls in the class if they would have responded differently? What do you think?
Posted by Liz B Davis at 9:10 AM 11 comments:

1. Eight Websites to Create Animated Gifs Online
If you have enjoyed the animated gifs shared by Jdangles on the Morse18 Website, now you can make your own. Upload a series of pictures and use one of these tools to do the rest for you.

2. Alltop, all the top stories
Alltop is a great resource for blogs on a variety of topics which are organized alphabetically. Topics include education, entertainment, philosophy and much more.
Posted by Liz B Davis at 11:40 AM No comments:

1. QR Code Readers
Download one of these readers to your smartphone and scan the image below. (I use I-nigma on my iPhone).

2. Scan this QR code to find out more about QR codes.
You can turn any web address into a QR code with bit.ly. 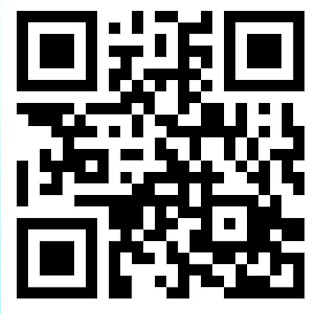