So You Think You Can Write!

OK - I know I've written about So You Think You Can Dance before, but I can't help but share this link to a SYTYCD blog discussion forum about who should be voted off this week. Yes, I know reality television is not exactly high art, but I am struck by the intelligence of this discussion. For the most part each person who has posted has explained thoughtfully why they favor one dancer over another. They bring in examples and respectfully disagree with each other.

I've seen the live tour for this show and, believe me, the average age in the arena is about 17 (with a large number of 9 year olds thrown in for good measure) and yes my husband and I are among the oldest in the crowd. I think this is a great example of young people passionately and thoughtfully writing about something because they care about it, not because someone told them to. And now we have a new word, "meh," love it.

"Well I'm the biggest Mark fan and between the two of them, if we're looking at the quality of performance, Gev should have stayed based on last week. He shouldn't have even been in the bottom 2; Twitch should have been there (again, IMO).

But if I look across the season, I've preferred Mark (and I prefer him to Twitch and even Will, who is amazing but I'm sort of meh about). I think the likelihood of him making it past this week is small, even with a strong performance since it's all fanbase now. But I'm going to vote my heart out for him. I have been dying for him to be paired with Katee." 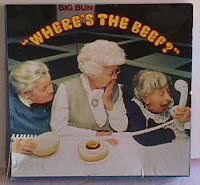 My brain is buzzing from so much learning. The combination of Edubloggercon East and BLC is almost too much for me to handle. I met amazing people, reconnected with old friends, presented twice with Lisa Thumann (my mom came to watch), attended incredible sessions (Dave Truss was a highlight), added lots of new people to my network, and danced with Joyce Valenza (among MANY others). 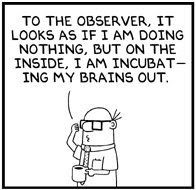 I'm only ready to articulate a tidbit of my learning. My thoughts are incubating right now, but as @sandman27 told me this week "You know what happens after incubating? Hatching!" Hopefully it won't be too painful (I've had two children without the help of any drugs so I know what that can be like, but I digress...).

At the end of the conference today Alan November talked about doing a better job of marketing ourselves. He reminded us that what we know as "beef" could also be described as "dead cow." Alan suggested that "Director of Technology" be renamed "Director of Information and Global Communication."

I love this idea! And I think I may be able to convince my new school district (especially if they read my blog :) to change my title. The problem is coming up with a good alternative. I think a lot of these titles sound pretentious. I would like to find one that accurately describes what I do, without causing the faculty to roll their eyes.

Here are some of the ideas that I have. I would love to hear yours - or do you disagree? Is there a better word than "director?" Is there a synonym for "21st Century?" (I'm getting a little tired of that one.)
Stay tuned for more to come about this past week!

Email ThisBlogThis!Share to TwitterShare to FacebookShare to Pinterest
Labels: blc08 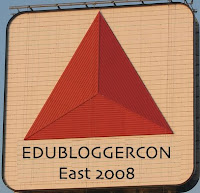 After virtually attending and reading about Edubloggercon in San Antonio, I have some ideas for our upcoming Edubloggercon East (not just for bloggers) at the Newton Marriott on July 14th (join us if you can - it's free!). So far we have about 20 people coming, so it should be a much more intimate experience than EBC in San Antonio. If you can join us please click on the wiki link and add your name to the list of people attending.
What do you all think? What suggestions do you have? Were you at EBC08 in San Antonio? What was the best thing about it? What would you do differently next time? Please share your advice and ideas, whether you can attend or not!
Posted by Liz B Davis at 9:32 PM 7 comments: